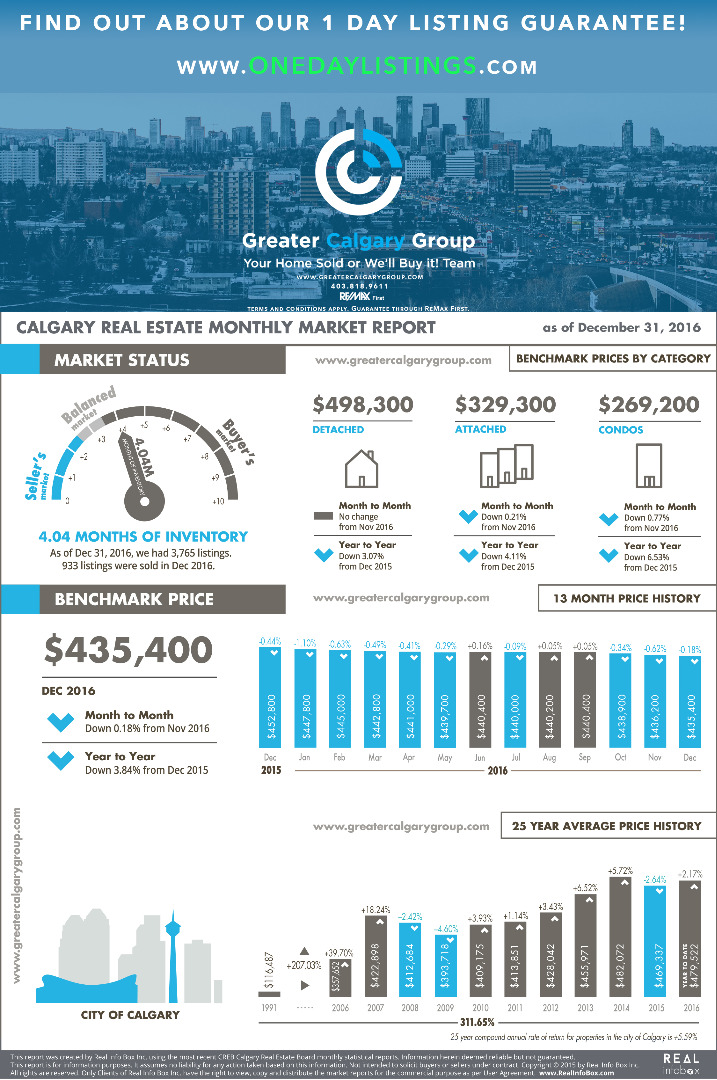 Detached properties carried a benchmark price of $498,300 which saw no change from previous months, while both attached properties and condominiums saw minor drops from November 2016. Overall the Condominium market YTY is down 6.53% from December 2015. 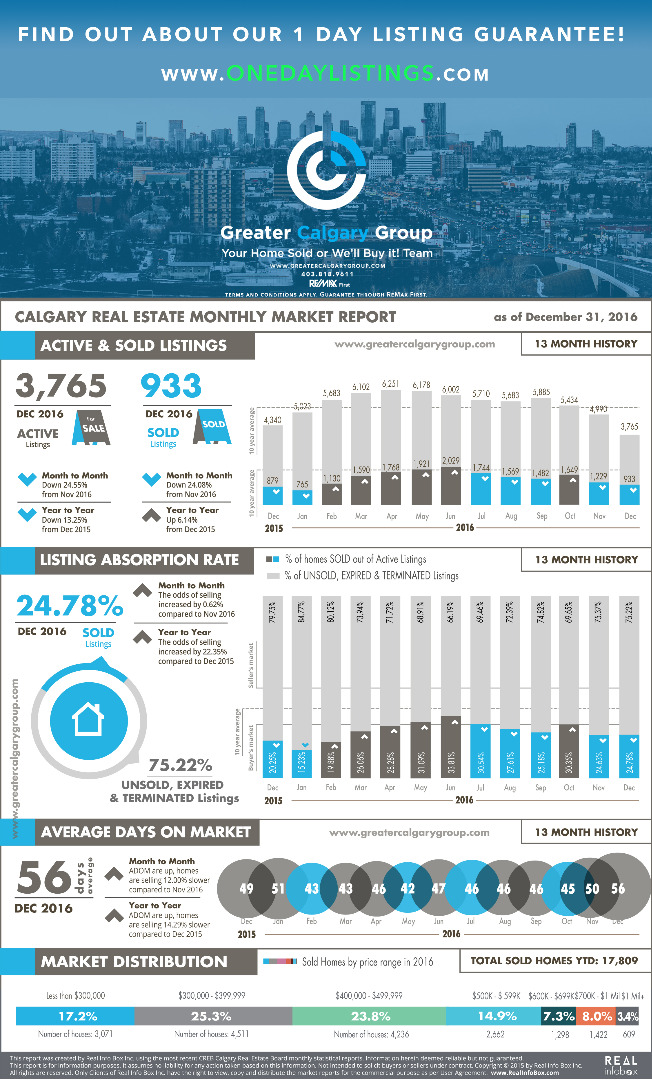 Average days on market are presently up, with homes selling 12% slower compared to November 2016 and 14.29% slower compared to December 2016. This illustrates the importance of having a team capable of selling your home in tough markets. The Greater Calgary Group sells homes on average over $10,000 more than the average agent, in nearly half the time, and with far less days on the market.

To continue searching, you must agree to the Terms of Use.

For the best experience, please provide your cell phone number and select accept below to opt-in to our Terms & Conditions and Privacy Policy to begin receiving text and voice communications.

or make a new notebook

Verify the value of your home,
maximize your investment and see local market activity.

We just need your phone number to finish creating your account.